Just for fun, in this post, I'm going to look at some classic UK gameshows and see what we can learn from how they were played. As I'm not a mathematician, I won't be going into the underlying decision theory and game theory mathematics, instead preferring plain-English.

Deal or No Deal

Deal or No Deal had 22 contestants, each of whom was assigned a sealed box. Within each box was a unique prize amount, increasing from 1p to £250,000. One of these contestants is selected to play the game. Over the course of several rounds, they ask the other contestants to open their box, revealing its value. At the end of each round, the contestant would be given the opportunity to 'sell' their box to 'the banker'. Ultimately, they will win the amount contained within their box unless they sell at an earlier point in the game.

The offer made by the banker was usually just above or below the average of the remaining cash values (although clearly the values were fudged for entertainment and storytelling purposes). The game, then, was one of trying to get the best value for the box based on the information available. Do you sell a worthless box for a decent amount, or the high prizes for pennies?

(The contestants and presenter, out of entertainment, genuine belief, or both, frequently ascribed spiritualism and mysticism to the gradual opening of the boxes. Ultimately they were simply randomly opening boxes.) 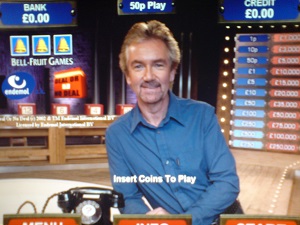 This shows that the value of an asset, which remains unknown, is judged based relatively to the available information in the marketplace. Now of course, this is a special case because there's a range of specific and unique values, but we can still learn from this. Whether to sell or continue at the end of the round depends upon the contestant's adversity to risk. And that this adversity to risk is context-specific - not only are you on TV, but your decision-making risks being 'anchored' by the sequencing of events. A good run of removing entirely low-value boxes, or a bad run of the opposite, can influence whether a contestant decides to push their luck or cash out. By doing so, they're over or under-valuing their asset.

You see the same type of thinking down at the bookies on the roulette machines. The gambler will say "a red's due because I've had five black spins". This isn't the case. Each box opening is random, and independent inasmuch as the value will be one of the discrete prize amounts remaining.

Crucially, when there was only one other box remaining, the banker would offer a swap. You may be familiar with the Monty Hall problem. Based on the 1970s US gameshow "Let's Make a Deal" - the problem is traditionally stated as such:

Suppose you're on a game show, and you're given the choice of three doors: Behind one door is a car; behind the others, goats. You pick a door, say No. 1, and the host, who knows what's behind the doors, opens another door, say No. 3, which has a goat. He then says to you, "Do you want to pick door No. 2?" Is it to your advantage to switch your choice?

Your probability of choosing the correct door is 1/3. As the host has revealed an incorrect door, it is common to think that the "stick or swap" choice offers a 50/50 chance. However, it doesn't. Counterintuitively, by swapping you have a 2/3 probability of winning.

Deal or No Deal's final swap offer isn't a Monty Hall problem, because neither contestant nor the banker know what is in each box. It's still 50/50.

There's a lot to learn from the mechanics of Deal or No Deal and thankfully none of it is Noel's electrosmog nonsense. For me, the key takeaway is that the information that's available can be used to inform better decision-making, but beware of local minima and maxima!

Jasper Carrott presented Golden Balls in the late 2000s. The game focused on collaboratively building a cash prize, while eliminating contestants - normally for their untrustworthiness, sometimes because they've been scapegoated.

The final round of the show was called "split or steal", taking place between the remaining two contestants. Each contestant had two choices - to split the prize money or to steal all of it for themselves. They'd have a time-limited opportunity to discuss strategy, before simultaneously revealing their choices. The rules were:

Classically this problem is presented as the Prisoner's Dilemma. Two gangmembers have been arrested on lesser chargers. The prisoners, whom do not have the ability to communicate with each other or discover the other's choice, are separately interviewed and offer to 'betray' their co-conspirator. If they do so, they're let free while the other can be convicted on more severe charges. The rational, self-interested thing to do is to opt to be set free by betraying. However, if both betray each other then they'll both serve the higher sentences. What plays out in reality is that humans bias towards the co-operative behaviour, in which the parties independently choose to work together (by not betraying each other).

Golden Balls plays this out for entertainment value - with the difference being that the contestants can confer during the discussion. So clearly, we're not dealing with a traditional Prisoner's Dilemma problem space. It was fun watching the contestants agree to split (or try to convince that of course they wouldn't dare steal). One contestant though played an incredibly interesting and now infamous game:

This remarkable play turns the prisoner's dilemma on its head in a captivating way. By revealing information, Nick has disrupted the ability for Ibrahim to influence the game. Nick immediately communicates his desire to steal (with a promise to split privately after the show ends). There's no point to Ibrahim stealing because the two steals will cancel each other out. His only choice to win any money is to comply by opting to split. Ibrahim still has to take it on trust Nick would privately split after the show - however he'd have to take it on trust they'd both choose to split. The host mentions there's no legal requirement, which is true, but doesn't change the situation. Ibrahim can only win some money by splitting - he cannot win it all by stealing.

Ultimately, Nick was lying. He chose to split. The genius in the play was to present a situation in which the only rational choice that his opponent could make was to split. That puts the output of the game directly in his hands. Note he could have chosen to steal at this point, and the rational, self-interested line would be to do exactly that. But Nick is a nice guy and split - once again showing that human angle to co-operate.

In both cases above I've focused on how the availability of information affects (positively or negatively) our ability to make decisions. Most gameshows in the UK are simple quizzes, but now and then we do get a show which gives us a surprising amount of depth to decision-making and game plans!